This speaks for itself, but there is definitely the possibility of revenge because he did not get any of the money.

So, even with this first hand testimony, it is very hard to decide what this all means.

When somebody speaks out because he wants the truth to come out that disregards the old maxime of “follow the money.” 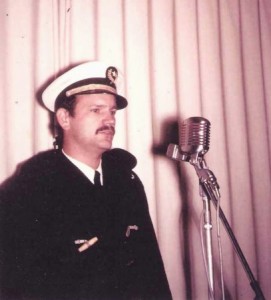 Found the great story, written by Joe Van Staden, on the beginnings of the Sea Org on Aida Thomas’ Blog.

Joe tells his story without bias and untarnished by personal preferences. He stays away from the church molding Hubbard into a god and the enemies turning Hubbard into a devil. I believe that this is the much more realistic view as nothing is either utterly bad or utterly good.

I particularly liked the part of the story where they sit in a life boat with an engine but that engine not doing its job – it just did not start. Getting Hubbard on the radio he tried to debug the situation but failed and had to simply send a rescue – just like real people would do.

Reminds me of  a story a friend once told me who had actually sailed on the Apollo with LRH where her daughter had been on the way of making Mr. Hubbard her in-law. It is many years ago that she had told me the story so details have become clouded but what is stuck in my mind is that LRH handled a situation with super-powers as promised by the OT levels – it might have been calming a storm or diverting a falling mast by sheer mind power. Again, I forgot the details but this is what stayed in my mind. I also remember that I did not really believe my friend’s story or attributed it to her wishful thinking, wanting LRH to be that super being.

So, the story of Hubbard not being able to start an engine with mind-power was very refreshing – which makes him much more credible than all the propaganda promoted about him by the Cof$.

By Joe Van Staden who served as Captain of the Athena and the Apollo at various times.

Undoubtedly the story of how it all began has been told more than once – each time from a different perspective no doubt.   In the following account of my personal involvement in the birth of the SO I hope to provide a perspective which may shed some light on later developments within and around that organization.

My first contact with Scientology was in Johannesburg (1960).   There I met L Ron Hubbard for the first time when he came out to South Africa to run the first South African ACC.

Read the full story Birth Of The Sea Org – The Die Is Cast on Aida’s Blog, and don’t forget to get a coffee, it’s a long story and you will not want to stop…

It is becoming more and more difficult to investigate L. Ron Hubbard by direct eye witness accounts as time goes by and those eye witnesses go slowly extinct.

The second best, or third if you count talking to the master himself, is to look at the deeds and effects.

Actor Jason Beghe’s account of his tenure as a scientologist sheds a very revealing light. It is interesting for this author personally as his early experiences are very similar to Mr. Beghe’s. This ‘jumping into with both feet’, no need to be convinced or sold – very familiar!

This author had his real convincing experience on OT TR0 on the communication course. His experience was a bit delayed – probably – because at that time the ‘comm course’ in Frankfurt, Germany left out OT TR0 and started directly with TR0. So, your’s truly had to finish the course first and he did it with a bang – a big win on co-auditing. This  rudimentary auditing was the de-factor internship of that introductory course. It was, by today’s standards, a serious ‘squirrel’ course, but still enough to convince this author to jump in and look past all those strange things that turned him off – like the personal cult of the master through the display his portrait in each and every room of the mission. The second course then contained OT TR0 and this is where your’s truly went exterior and no more convincing was required.

But back to Jason Beghe. Grab a beer and some snacks because this is a long film… 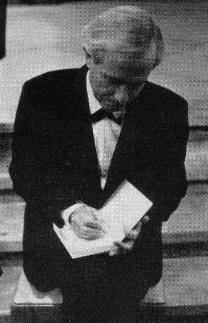 One of the first people to become a person non-grata and disappear was John McMaster, the very first clear.

He disappears during the early days when Ron was definitely still on the helm, so we have to give some more importance to the fact that he disappeared, or made to vanish. If somebody vanished in the late 80’s we can safely assume that this was done against Mr. Hubbard’s will and by the evil person(s) no ruling the Cof$.

But in those early days the boss must have at least knows what was going on with his very close confidant who actually audited him.

I judge that the following lectures my Mr. McMaster are genuine. I know, there are probably some who might entertain the idea that they are fakes, but that would be, in my eyes, giving the bad guys to much credence.

It is very good information and we can certainly see the influence of LRH, and most surprising for me was, how little grudge John McMaster seem to carry against the people who ousted him.

While I was still in good standing in the warm and fuzzy arms of the scientology church, there was this one bad, bad SP that we all knew of – his existence as a squirrel had become known to all upstanding scientologists despite the fact that we were normally protected from all that entheta.

That was the grandfather of all SPs – David Mayo!

After so many years, and thanks to Youtube, today I finally was able to listen to something he had to say – – and I liked it, so here it is…